As reported by Stan Keable in “A vision of royal socialism” (Weekly Worker 27 February 2020) the Labour Left Alliance (LLA) conference on 22 February 2020 was a significant event in the evolution of the Labour left, revitalised by the election of Corbyn as Labour leader in 2015. Stan reports that 130 delegates at the conference represented about 36 local and national Labour Left groups.

The Labour left in England has long been ‘social monarchist’ or Old Labour as it was known under the reign of Tony Blair. Social monarchism is the programme based on the 1945 Labour government which established a version of state capitalism with a ‘welfare state’ under the governance of the constitution of the Crown-In-Parliament, which Stan calls the “constitutional monarchist system”.

Corbyn’s social monarchist programme was to seen as a move towards ‘socialism’ by restoring some public ownership, the NHS, the welfare state, council housing and progressive taxation etc. Social monarchism is the trade unionist politics of the British working class. Its aim is to bargain with the ruling class and the employers for better terms and conditions for the working class. Labour and the trade unions are thus two sides – political and economic – of a better social contract agreed within the framework of the constitution of the UK ruling class.

Momentum was launched as the support group for Corbyn’s social monarchist programme with Jon Lansman becoming its unelected monarch after his 10 January 2017 ‘bureaucratic coup’. Left social-monarchists became increasingly disillusioned with him. This discontent was crystalised after he called for expulsion of Chris Williamson MP. Over two years later the Labour Left Alliance is a potential alternative Momentum.

Left social monarchism has no republican democratic programme. It conceals its ‘democratic deficit’ by concentrating on or prioritising economic and social reforms. It is ‘republican’ only in a token way, as a long term goal when socialism is won. In the meantime workers should bargain for social improvements and not seek political change.

A classic example of left social monarchism was in the motion from Cheltenham Labour Left which called for a “socialist UK”. This was passed by 63 to 53 votes. It is not just that a socialist Kingdom is a contradiction in terms. It shows the blind spot or lack of self awareness of the English Labour left. There is a complete absence or ignorance of the militant democratic republican politics of Marx, Engels, Lenin, Connolly and MacLean etc.

The Cheltenham Labour Left seems to consider the United Kingdom only as a geographical territory which can be filled with capitalist or socialist content. The UK is a state and law through which the ruling class exercises its control over a given territory. In law it is an undemocratic union state, comprised of different nations. This is not the means through which the working class can socialise the economy.

A combined and uneven democratic transformation or democratic revolution will not leave the current Union undisturbed. The 2016 referendum on the EU has already shown that Ireland and Scotland are on a different trajectory. English left social monarchists haven’t noticed this, much less drawn any political conclusions.

It is significant that of the ten bullet points with which Stan sums up the political achievements of the Sheffield conference, nine were organisational and only one set a strategic political goal. This stated that the Labour Left Alliance stands for the “free movement of people”.

This is in the resolution from London LLA on aims and principles. This called for “opposition to capitalism, imperialism, racism and militarism and the ecological degradation of the planet… a commitment to socialism as the rule of the working class”. This would move towards full communism as “a stateless, classless moneyless society” who carried out the communist principle of “from each according to their abilities ….etc”

The communist programme from London LLA was voted down by about two thirds to one third of delegates. The influence of social monarchism runs deep in the Labour left. Stan fails to mention that hidden within the London LLA aims was a democratic republican programme.

This calls for “achieving a democratic republic. The standing army, the monarchy, the House of Lords and the state sponsorship of the Church of England must go. We support a single chamber parliament, proportional representation and annual elections”. Whilst this is supportable it falls down badly in its implicit acceptance of English nationalism (i.e. Anglo-British nationalism).

England is by far the dominant nation in the British Union. No revolutionary working class republican would ignore the right of Ireland, Scotland and Wales to self determination. Neither would militant republicans give any support whatsoever to the anti-democratic Acts of Union. Supporting British Unionism is the litmus test of English social chauvinism.

The conclusion from Sheffield must be that the Labour left is disorientated by Corbyn’s defeat but is still following the political programme of social monarchism. Counter posing the communist maximum programme to this simply lets Labour left reformism off the hook. The immediate task is not about communism but taking the only road towards it through consistent working class democracy which means winning the working class to the minimum republican programme.

← Prev: No Surrender: A republican case against British Brexit Next: Royal Socialism →

Other Posts of Interest…

The End Game As reported by Stan Keable in “A vision of royal socialism”... 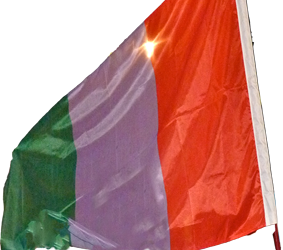 Losing Elections As reported by Stan Keable in “A vision of royal socialism” (Weekly Worker 27 February 2020) the...